I went to Space Camp when I was in fifth grade. I brought a plastic Minolta 35mm film camera with a little slider that allowed the cheap lens to zoom in and out a bit. I used the whole roll of film within the first day I think. Only a couple of the pictures were of my friends. Most of the photos I took were of the rockets and planes they had outside on display. But I took pictures of them from all sorts of different angles, in an attempt to be creative. I didn’t really think it through all that much. It’s just that I had this camera and wanted to take some fun photographs, rather than pictures of my friends making peace signs and sticking out their tongues. (I’m still that way to this day.)

After my trip, I had my film developed. I remember showing the photos to my mom and dad as soon as we got home. My dad told me that he was really impressed with my photos and that they were taken from very creative perspectives. He told me that I had an eye for photography and that I was a good photographer.

Now, up until that point I’m sure I had received a number of praises from my mom and dad about various creative endeavors. For instance, my dad signed me up for piano lessons because I was playing the melodies on our piano by ear that I had heard in commercials or on the radio.

But for some reason the praise I heard from my dad that day stuck with me in a way that caused me to believe I was a good photographer. It empowered me at age 10 or 11 to believe that a photographer was a part of who I was as a person.

I clearly needed that sort of validation. It was life-giving. And when I think about how a statement like that has affected me all these years later, it really shows me the power of the statements we make to one another, especially children.

My dad telling me that I was a good photographer when I was in fifth grade took root deep down inside me. That belief in myself helped nurture a need to create, a need to capture the beauty that is smiling all around us. It has helped me to stay curious and imaginative. To be child-like.

There are little metaphors in all the situations and settings around us. There is sense of humor that lingers in and around our life’s days, if we stop to notice. That’s what I look for in my daily life to inspire me, to help remind me of my place in this world, and how the universe seems to operate. The constant flow and dance between the way of nature and the way of grace. Grace always is present, even if it seems hidden.

Now, it isn’t super obvious about how that connects to photography. But it is an underlying element of what drives me to create. Because I have to notice the hidden layers of grace in the mundane and even in the brutality of the violence and hate of our worst selves as human beings and as a society. It’s when I notice those moments in my life that I feel a sense of authenticity and a drive to be creative. It’s about being both present in the moment, but also recognizing each moment’s place in the greater arching narrative of grace in this world.

I recently bought my a camera for my youngest’s fourth birthday. I’ve carried on the tradition of encouraging the creativity of my son. I do notice that he has an eye for design and how things work and fit together. And I’ve encouraged him to take pictures of those things.

Here are some pictures he’s taken of me: 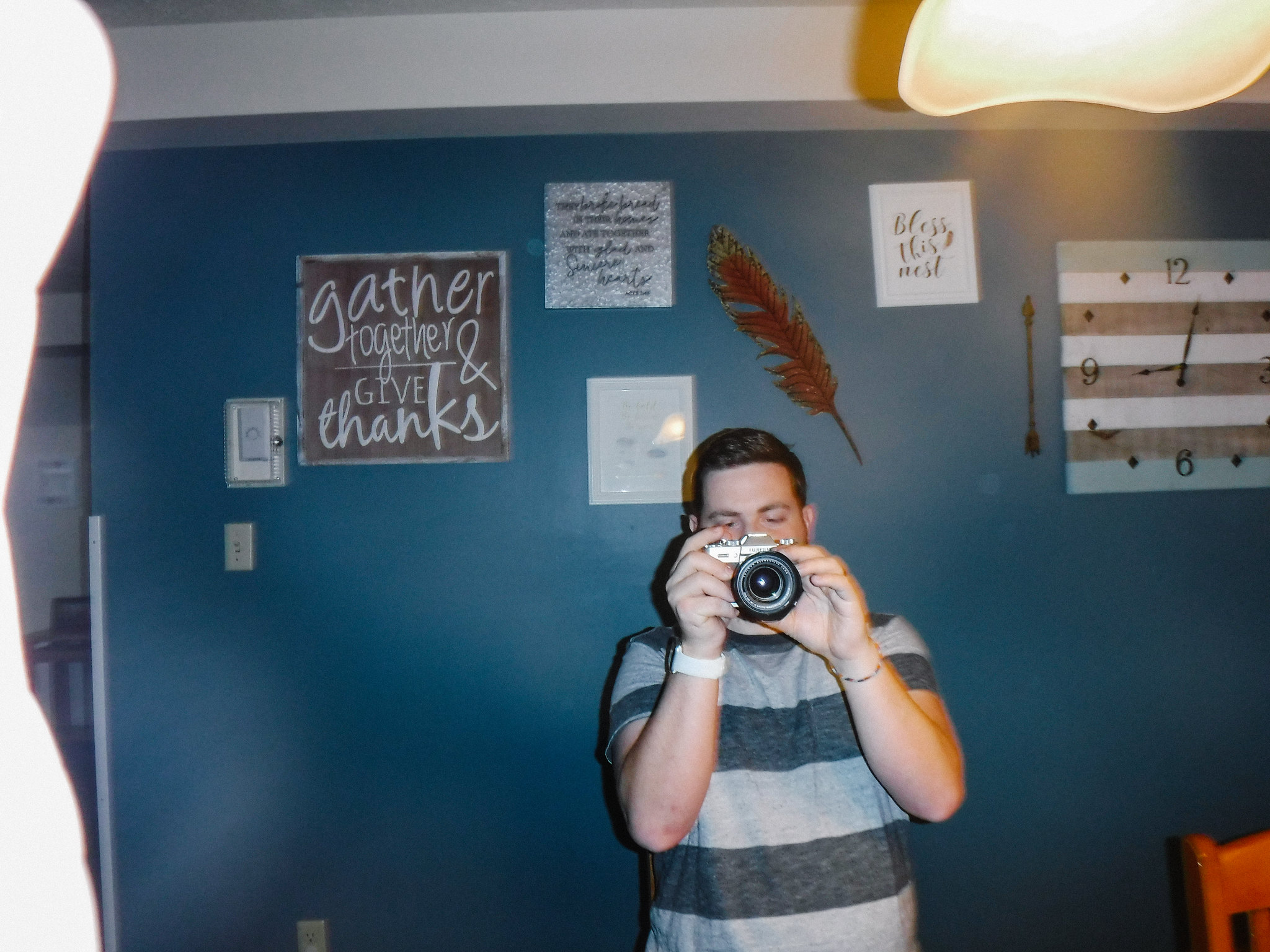 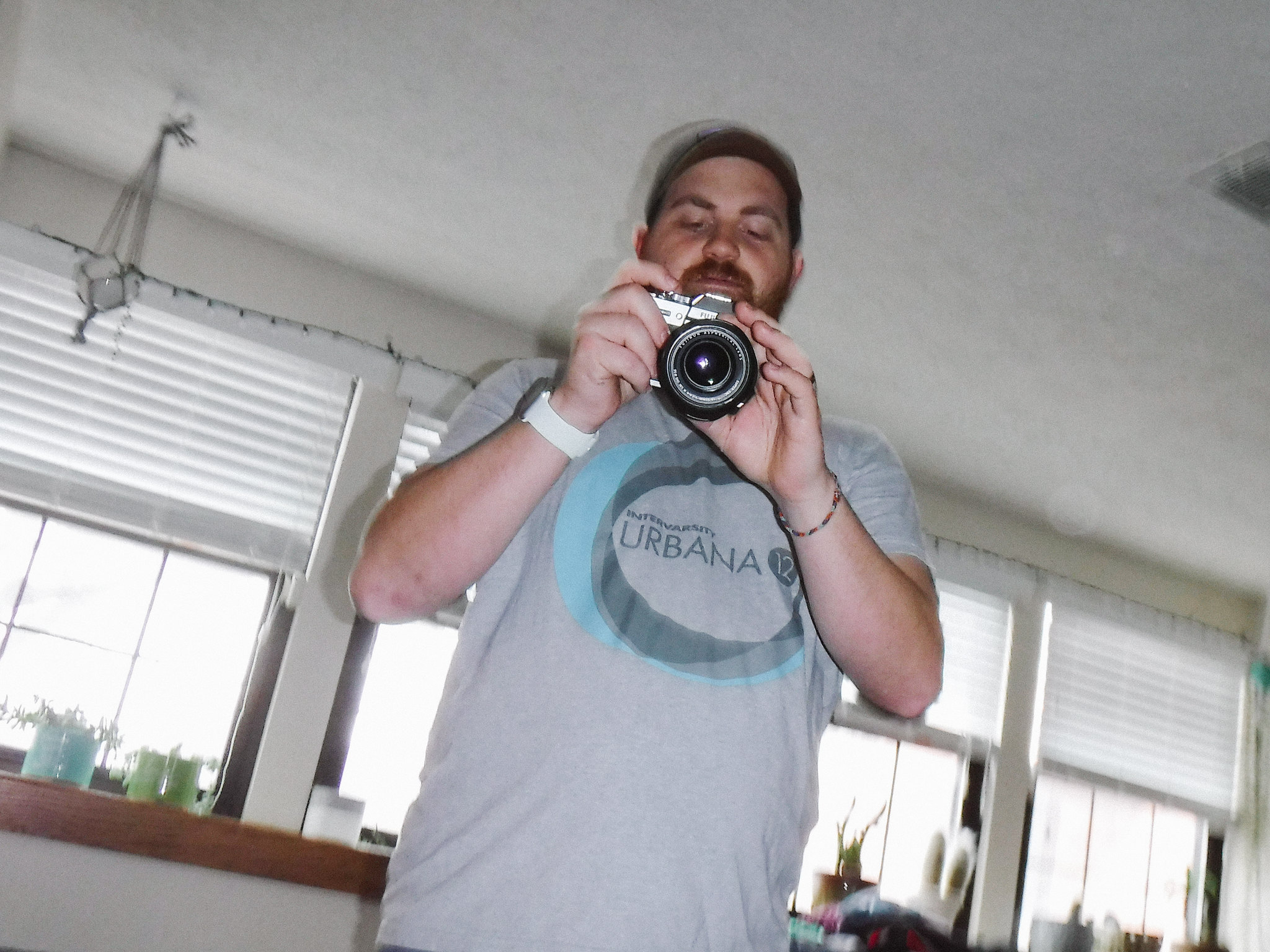 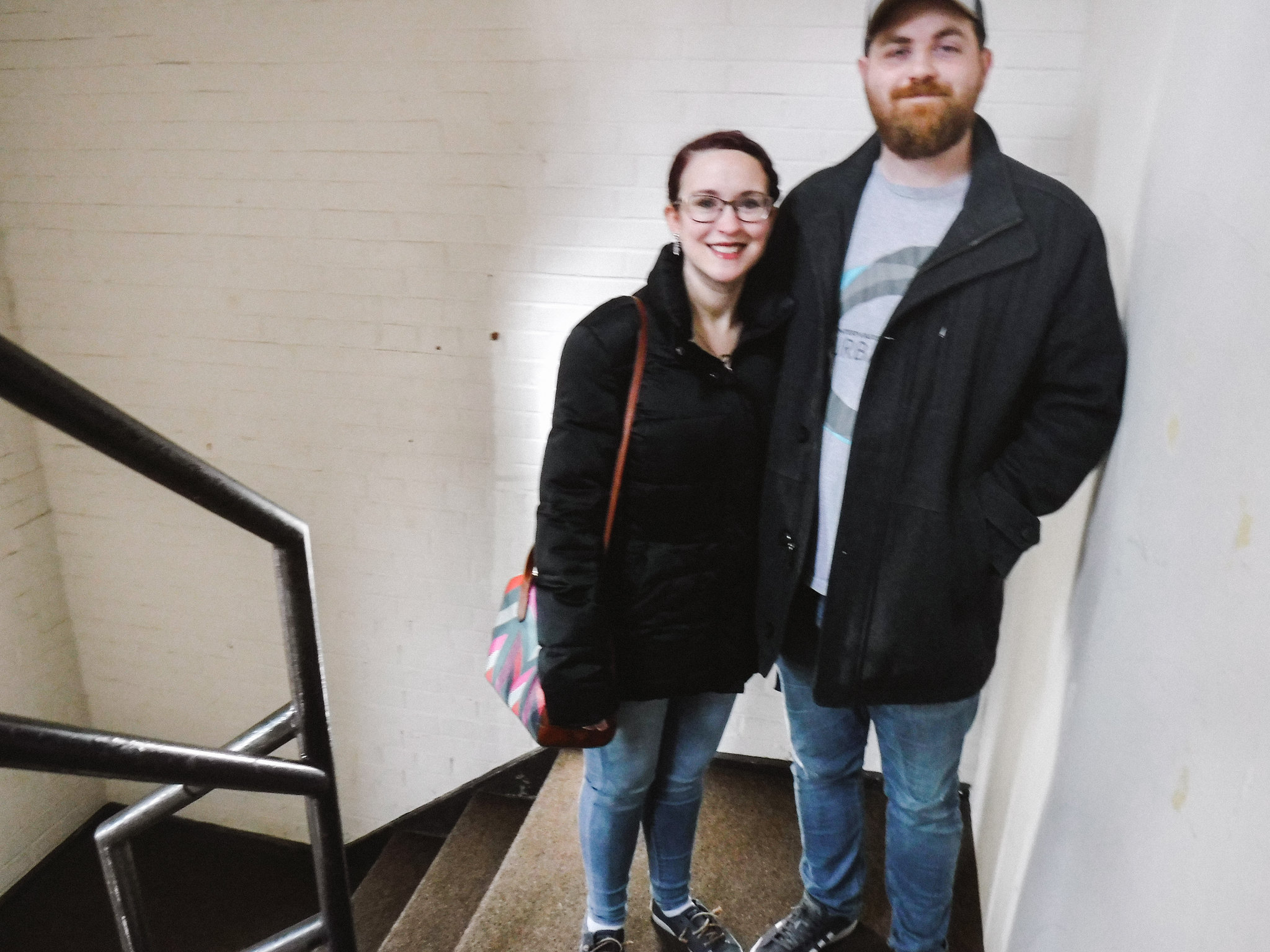 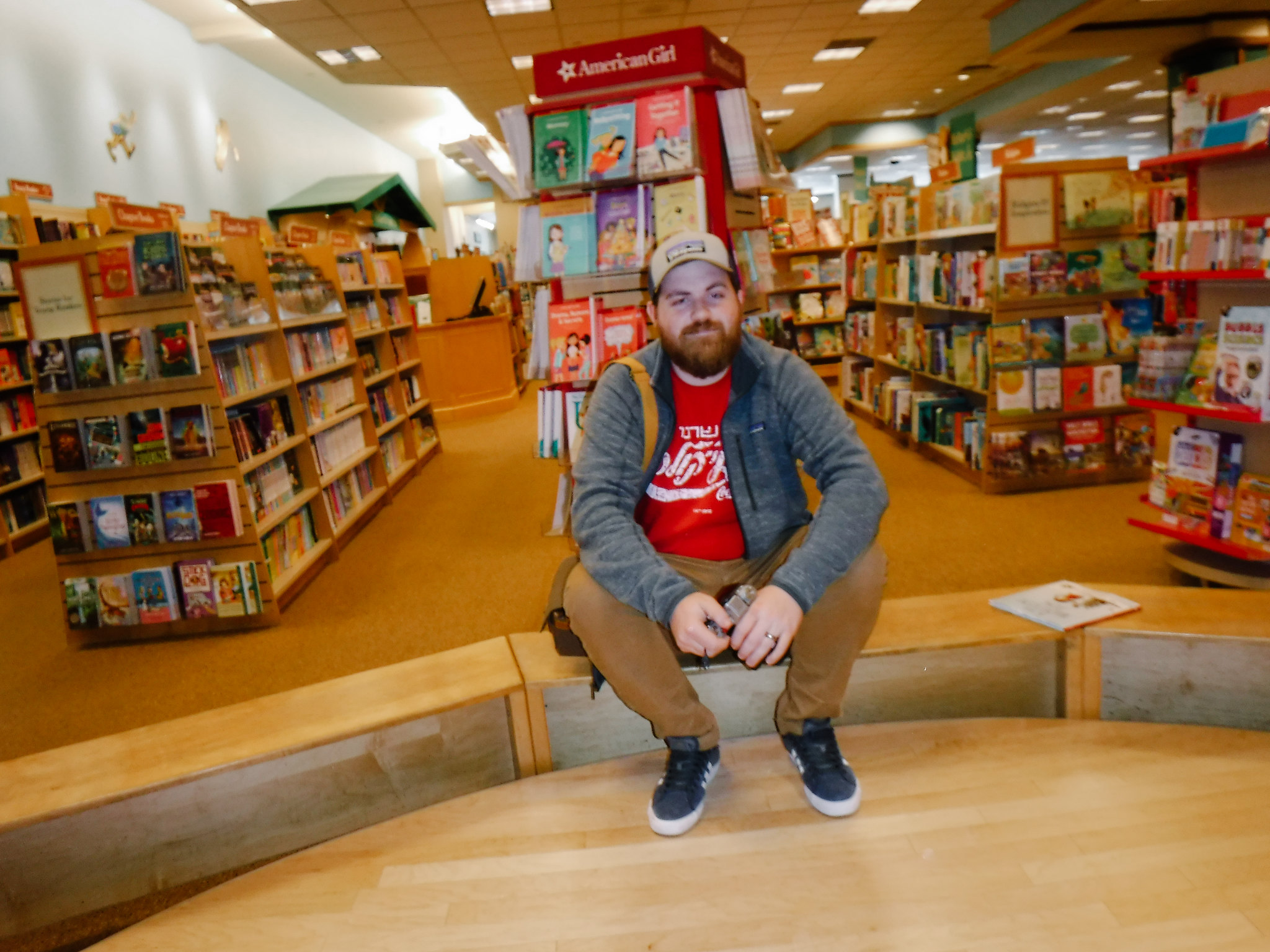 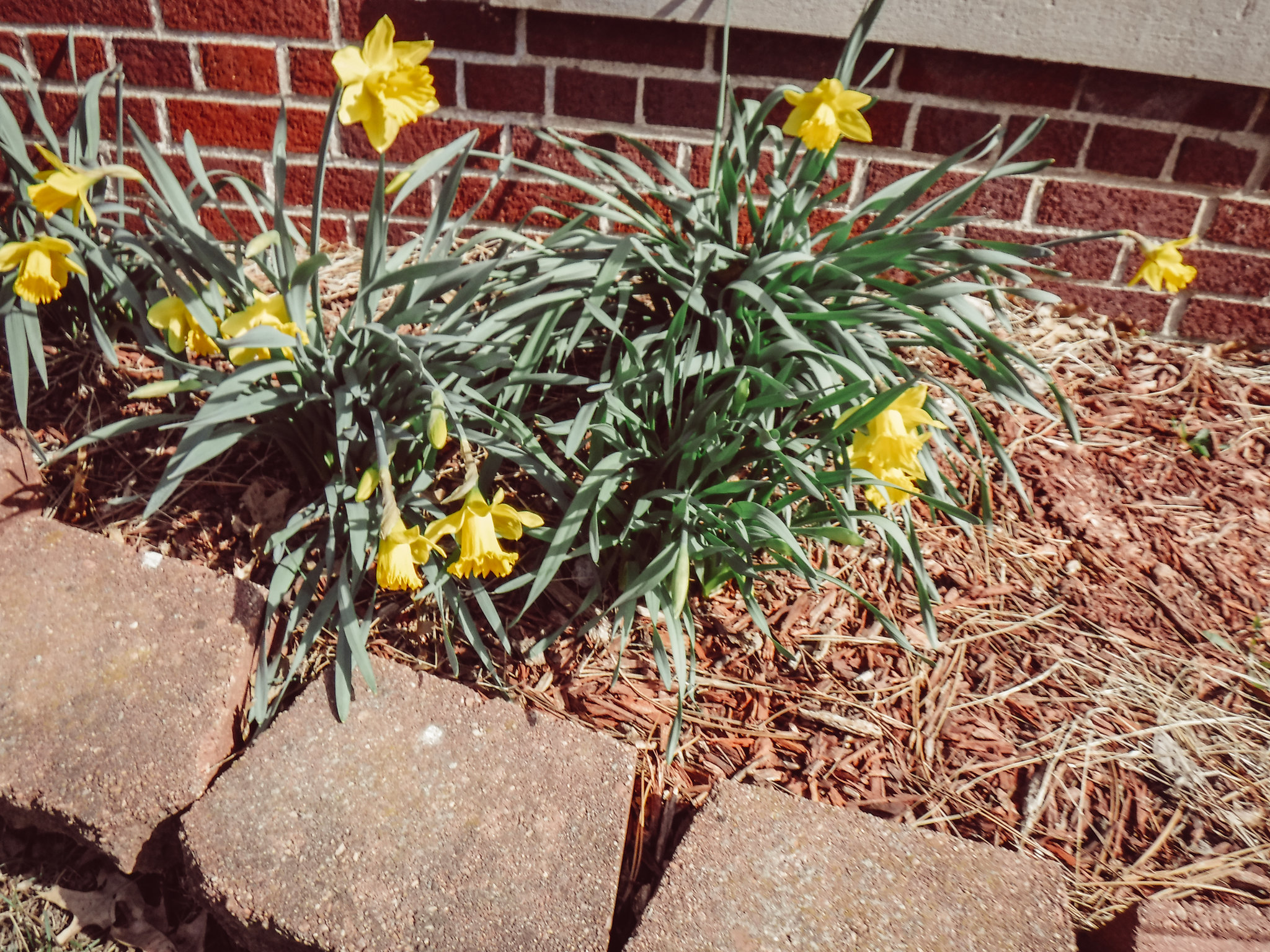 Got something to say? Please do! Cancel reply